The Stick2-LED is an ultracompact strip LED light which features a high and even light output with an overlapping connecting system to avoid gaps in longer runs of light. It has an excellent CRI and is a great solution for display lighting. Additionally, the Stick2-LED is UL EPH listed (NSF) for use in food applications. 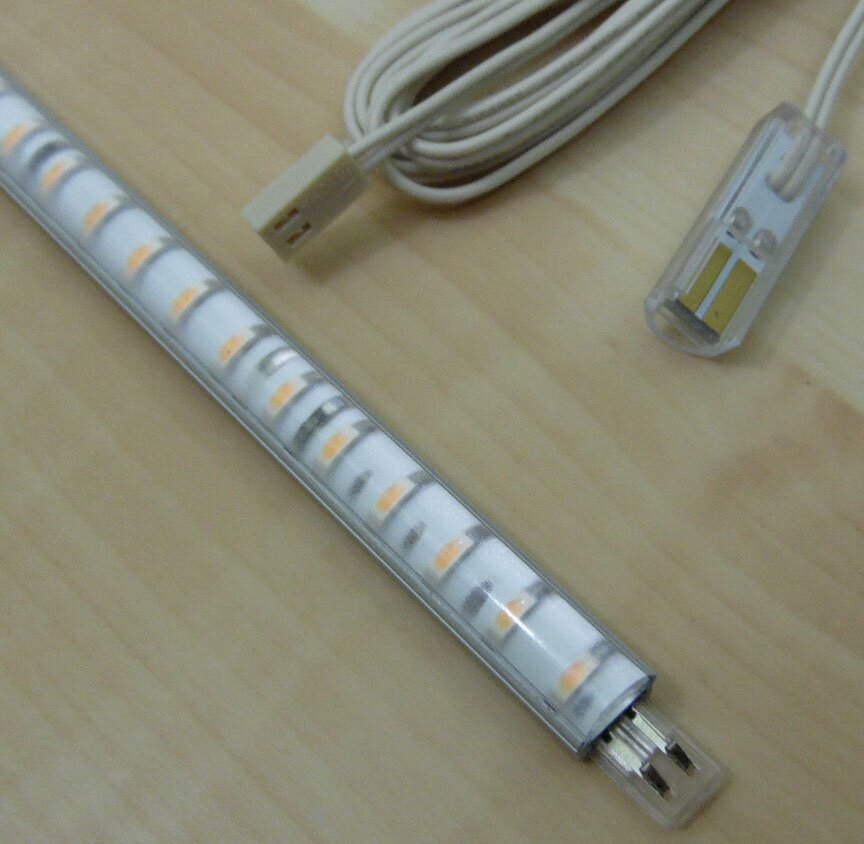 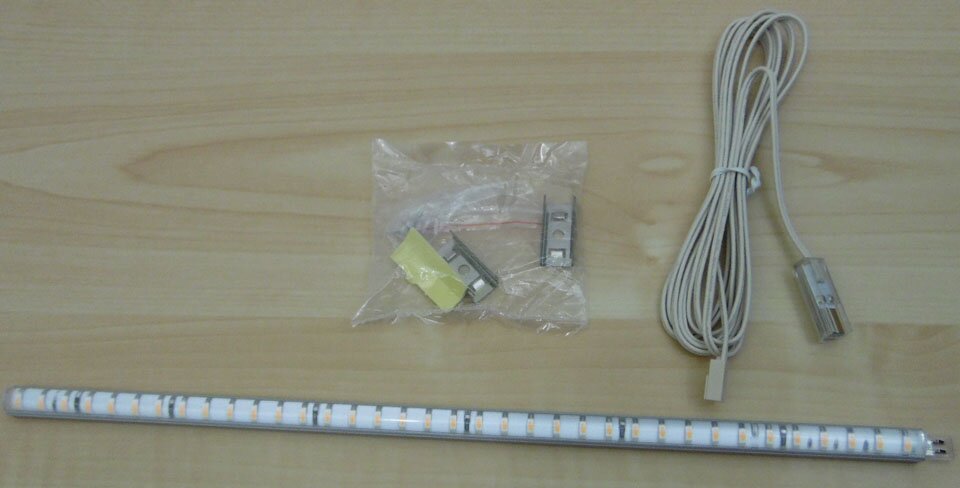 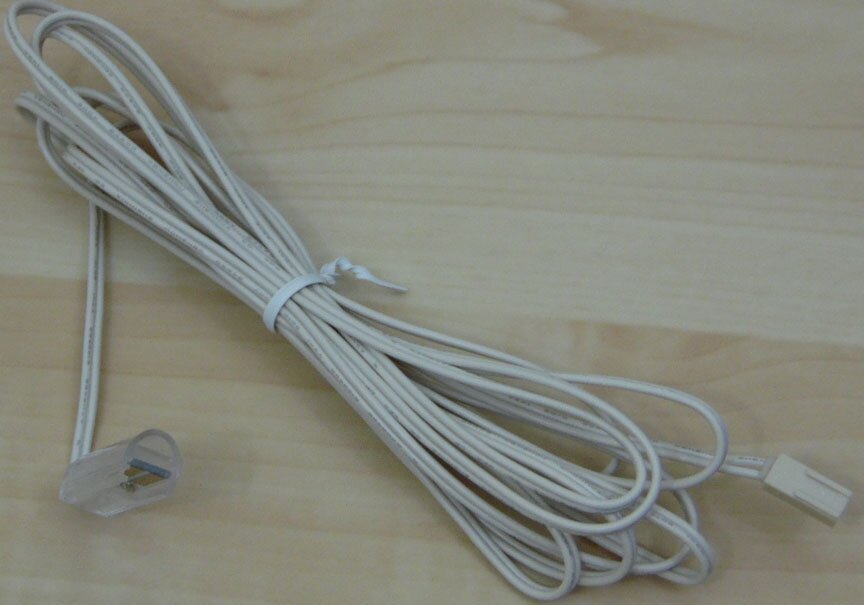 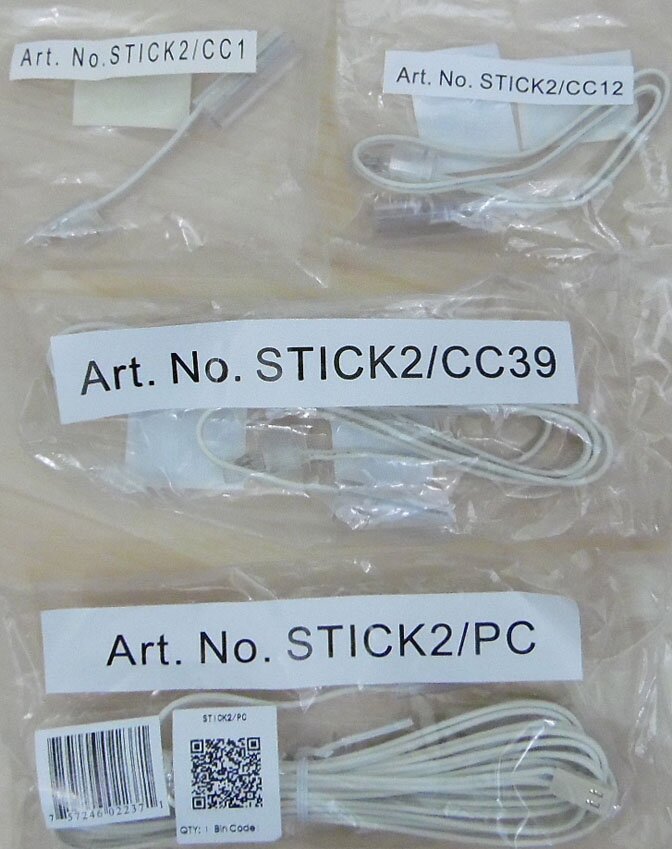 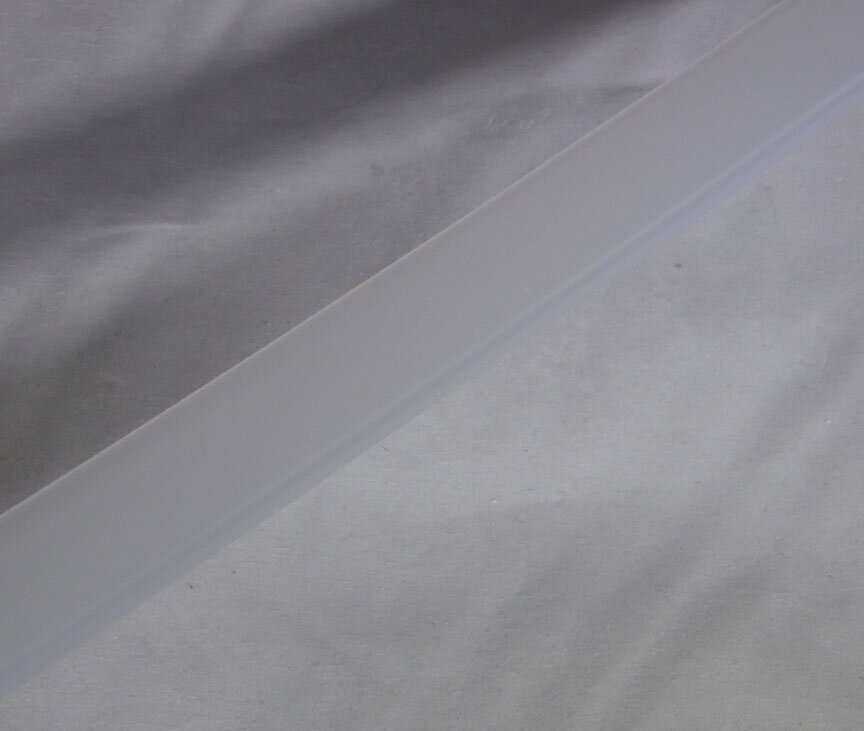 HER-STICK2/CP/39
Manufacturer: Hera Lighting
Hera HER-STICK2/CP/39 cover profile for mounting the STICK2, StickVE, and TWINSTICK2 lights in recessed applications, 39'' long, translucent (not white)
$27.97
Add
Hera has an older video showing Stick2-LED general installation instructions along with the KB12LED lights. Although the KB12LED are discontinued, the video is still good because it can apply to the R55-LED or FR68-LED spotlights to use in conjunction with Stick2 or Stick3. Stick2-LED tutorial video.
Ordering Notes: (many of them)
The Stick2-LED involves a little planning. The lights come in 8", 12", 34" and 46" lengths, and also a 12" as the Feed-in-Stick. You can connect them end to end to make longer lights, and they overlap when connected, thus giving the impression of no gap. Up to 8 feet of lights, mix and match sizes to reach that, can be powered from a single STICK2/PC power cable coming out of the terminal block on the driver. Drivers come in 6 watt, 30 watt, 75 watt, and a 96 watt. You can have multiple STICK2/PC power cables coming out of the same driver if you need to extend lights in multiple directions, as long as you do not exceed the total wattage of the driver. Power Drivers page
So you need to plan the length of your run(s). If you need to jump from the underside of an upper cabinet to the next, and a light rail is in the way (that drop down piece of wood that extends lower than the cabinet bottom), you can drill through them and use a connecting cable to continue power to the next light. If you connect an 8" light and a 12" light, you can make a 20" light. And Et cetera for other lengths added together. When you have a long even straight line and you would like continuous light, you can create long strings.
For L or U shape kitchens, you can attempt to center your power driver and extend runs in multiple directions. This will save on needing to have multiple drivers and trying to run a 98" power cable with or without an extension lead past your light runs. Extension connecting cables are shown on the drivers page. The KB12LED connecting cables can extend the reach of the STICK2/PC power cables, but note, the KB12LEDCC cables are not used between lights. The STICK2/CC cables are those used from light to light. STICK2/CC cables can connect to themselves to create longer cables.
The wattages for each light are shown above in the ordering blocks and also under Product Features. Add up the wattages of your planned interconnected lights, and then order the appropriate size power driver. You need one STICK2/PC per run of lights, and a maximum of 8 feet per power cable. This is where the Feed-In-Stick would apply on longer runs. Its connected cable attaches into the terminal block on the driver for a boost of power.
An example of that: If you connected two 46" lights, but wanted to go two feet longer on your 10 foot run, you would use the STICK2/WPC/WW or CW as the third light in the string, which connects into the power driver terminal block. Thus: DRIVER > STICK2/PC > STICK2/46 > STICK2/46 > STICK2/WPC > STICK2/12. The wattage in that set up is 9.7 + 9.7 + 2.4 + 2.4 = 24.2 watts. The 30 watt driver is enough.
A second example: Say you have that L shape kitchen and you want to run the same 10 feet we described above and another 7 feet in the other direction. That would put you over 30 watts. You can use the 75 watt driver centered, run your 10 feet the one direction, and the 7 feet the other direction, without having to add a second driver.
If planning on using the STICKPSDIM dimming module, note that it has a 48 watt maximum. You can run multiple STICKPSDIM dimming modules from the same driver as long as you keep the maximum wattage of the lights under the driver limit. Two STICKPSDIM can be controlled by a single DIMCONTROL with the aid of the Y-CABLE. All these dimming components are shown on the Power Drivers and Dimmers page.
The Stick2-LED lights can be used in conjunction with any of Hera's spotlight LED lights that run from the PS24V drivers. The spotlights connect into the terminal block on the driver directly. The Stick2-LED light must use the STICK2/PC. That power cable has the jack connection on it to connect into the driver, and then the Stick2 connecting end to attach to the input end of the first light. Single light runs are fine too. You can have a driver, power cable, and one Stick2-LED light on a run. Sometimes that is all you need for a small area.
For Interconnecting these lights on display shelves: you can run them across shelves and at multiple levels, and have them continuously connect via connecting cables and potential Feed-in-Sticks. You will need multiple drivers for larger display areas. These lights are great under glass shelves too. They can be mounted with two-way tape or with mounting clips. Magnetic mounting clips are for attaching them to coolers and other magnetic metal surfaces that you cannot drill into.
The STICK2/CP/39 is a translucent shield that you can use in recessed applications. It is 39" long, can be cut, and can be used in multiple pieces to cover longer runs. Gives a sleek look for channel recessed applications. It also hides the diode dots so if you happen to look at the lights, you won't be blinking spots for 5 minutes. Kind of resembles a fluorescent look with all the advantages of LED. It is not mandatory, it is just a design choice.
We know questions generally arise concerning these lights. You are welcome to e-mail or call us.
Some spec diagrams on the Stick2-LED now follow: 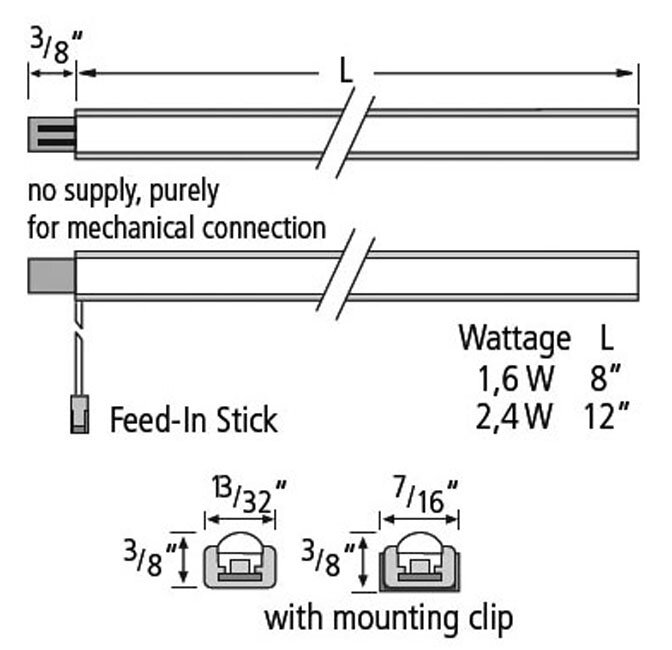 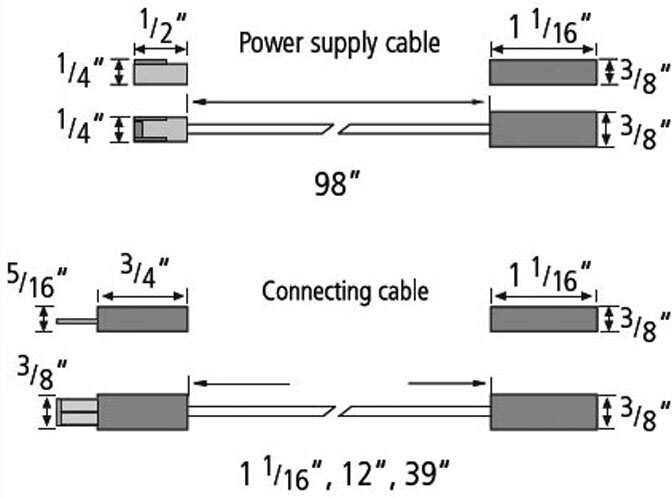 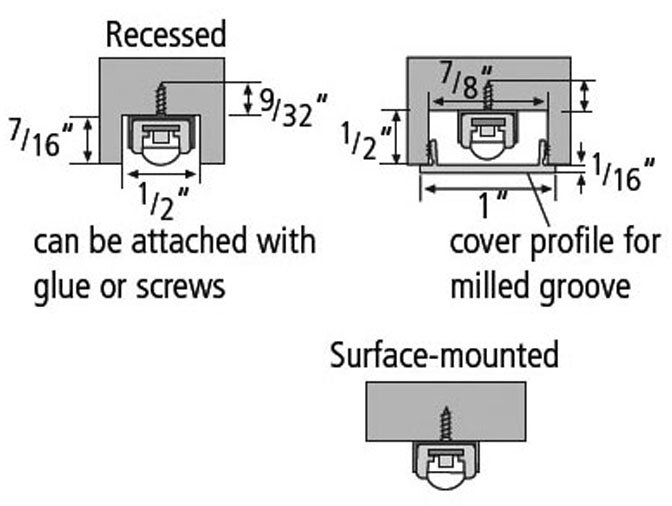 The Stick2-LED lights are low voltage and must run from the 24 volt constant voltage power drivers. There are several choices of drivers, the PS24V drivers are those you want to select from. Lights are dimmable and dimming accessories are shown on that web page too. Along with addtional cable and switching devices. Since there are many to choose from and they apply to many of the Hera low voltage LED lights, we show them on a page by themselves instead of making this page a lot longer. Please go to LED Power Drivers and Dimmers to make your selections to go with the lights.